THE TIME HAS COME! Here is our official EBL 2022 roster

A lot of speculation has been going around lately concerning our roster for the upcoming season of EBL and we are finally ready to unveil the mystery. Complete lineup consists of players from England, Bulgaria, Sweden and Finland and our goal is to operate as one unified structure.

First player to introduce is our top laner Ashley "Rifty" Mayes, who previously played the same position for Dynamo Eclot. Young Kristian "Indecision“ Tsonev, former TT willhaben player, will join as jungler while his compatriot Ilia “Lmzs“ Rajgev will dominate the mid lane. The ADC role has been filled by brilliant former Team Revive jungler Maya “Caltys“ Henckel. Finally, ex-ERN ROAR Ilmo "Tiara" Rapeli has taken the support role in Valiance after he impressed on the Scandinavian League scene. The glue that will bind everything together is Ilias “xDjiiNN“ Leventis, well-known name on the regional coaching scene.

“I am really hyped going into the upcoming split, there are a lot of teams that have potential with CZV being the strongest in my opinion. The goal should be getting first place and having a good performance in EUM. Compare to other rosters we gonna strive through team success, willingness to improve and their huge championpool. Mainly there are two big advantages amongst others. Experience of some players and passion for the game, are two things that highlight in my team. Also I have to admit that we have really strong work ethic. Having those 3 aspects, I am pretty confident we going to succeed.” xDjiiNN said.

Good is not enough. As Qiyana would say: “I will grant this place the privilege of being conquered by me“. Stay tuned! 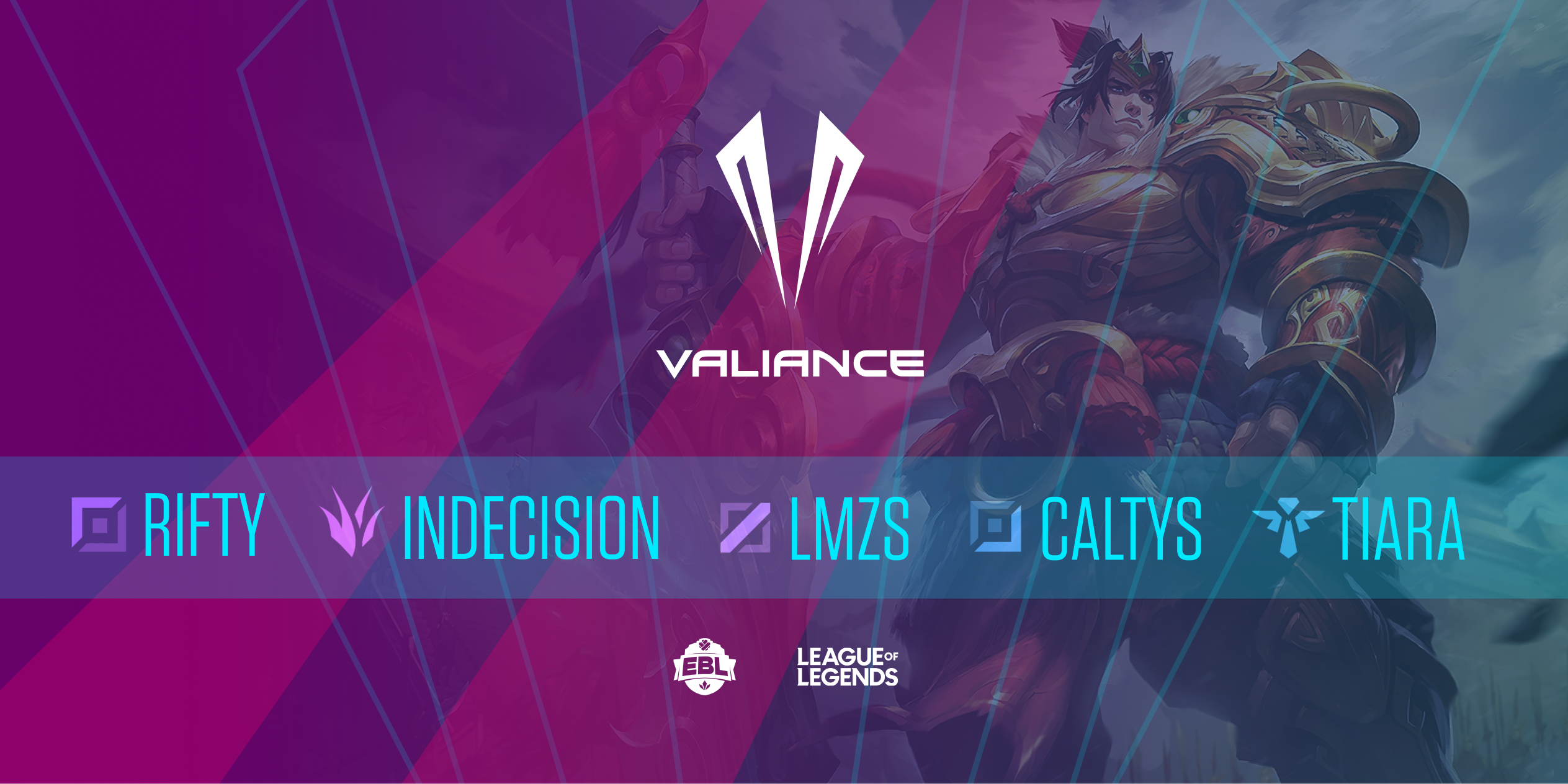