It was done in order to make the game as fun as possible, and also to increase the usage rate of some new cards, instead of seeing the old staples being used over and over again.

In order to understand what has actually changed, we have decided to talk with VALIANCE&CO’s team captain and the coach – Prof. Oak.

In the article, he shares his opinion on each buff and nerf that happened.

The Royal Ghost nerf has been expected, as the card has been dominating the competitive aspect of the game (including ladder)  for quite some time.

Almost every kind of deck had it included, as the card couldn’t be destroyed without getting a positive elixir trade.

After the nerf, we probably won’t see Royal Ghost being used much. 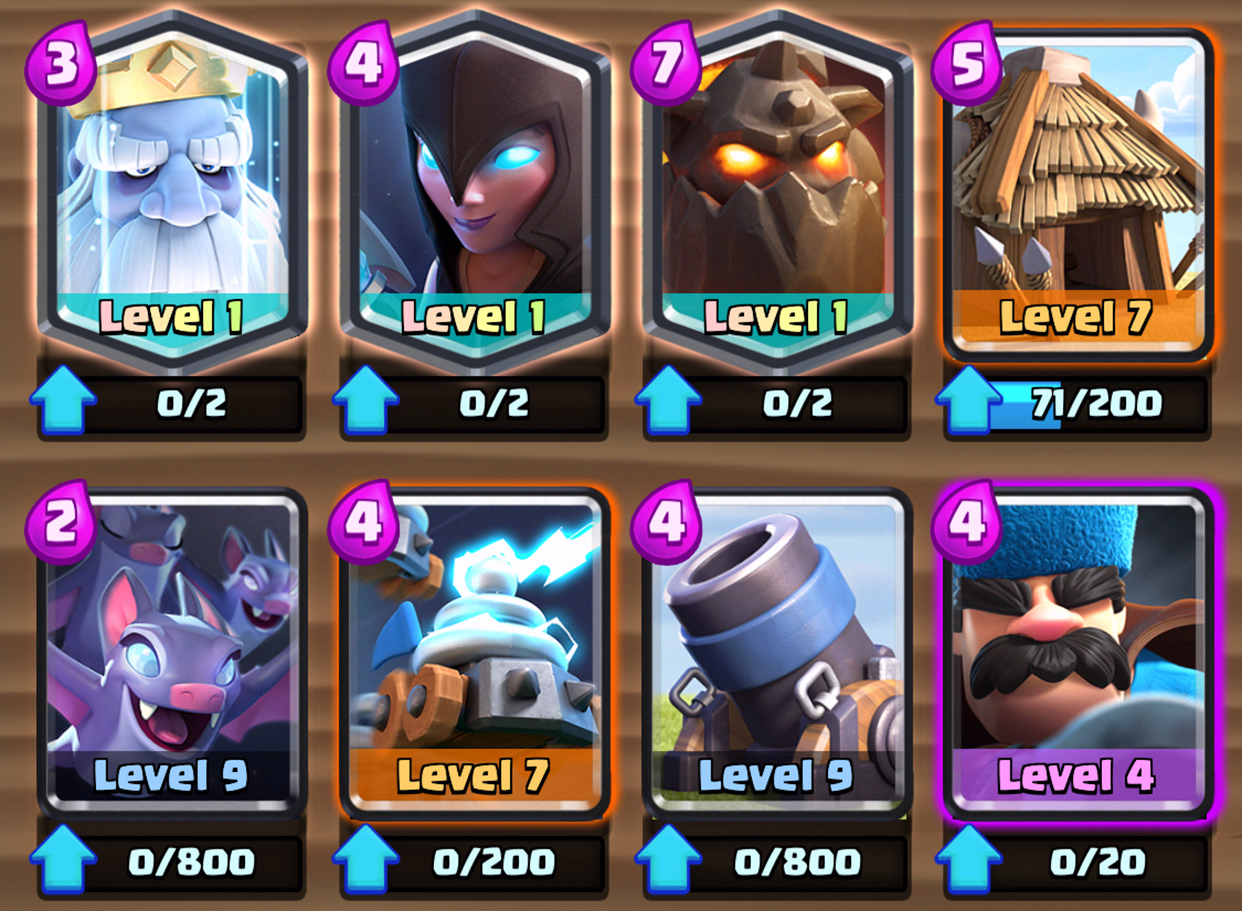 Since Zappies entered Clash Royale, we haven’t see it a lot and it has been at the bottom of the card chain.

Before the card got released, we thought it will have an option of attacking both air and ground troops, but it turned out it can only attack ground, which wasn’t that effective.

The new update changed this and now Zappies has the ability to attack both.

Even though the buff on paper seems big, I don’t think it’s big enough to justify the usage of this card.

The Hunter buff comes as a surprise, and frankly, I’m shocked.

We have seen it sometimes in the competitive aspect of the game, and usually, it would be used as a surprise.

The results were usually positive.

The buff will surely increase its usage, and I can already see most of the decks including it.

Bats were not good when they came out, but as soon as their amount got increased to 5, the usage of Zap also increased.

I think the usage of the card will stay the same.

As soon as Bats entered the game two months ago, the usage of Zap as a counter to Bats increased a lot.

This just shows how strong they were.

For quite some time now, community requested for Bats to be nerfed, and we finally got it.

There was another way for the card to be nerfed (reduce the number of bats), but this also seems to be a good change.

Despite the nerf we should still see the card quite frequently.

The Lava Hound buff was not really needed or requested by the majority of players, but it does seem that Supercell wants it to enter the game and perhaps change the current meta.

The card also got a lot of attention not so long ago, but that period didn’t last for long, and the card was not considered that important.

The buff isn’t that significant, and it shouldn’t change the usage of this card too much.

The Goblin Hut has received a lot of hate recently, as it has dominated the current meta.

Together with Royal Ghost, it was a card that was in almost every deck.

Definitely deserved nerf, but it’s still good enough to be used by most players.

Mini P.E.K.K.A received a buff, and it wasn’t really needed.

Not so long ago, it was one of the most used cards in the ladder and tournaments.

The card was very balanced even before the update, so I don’t really see the reason for changing this.

It was also used with Giant in most cases, and it was very effective.

The usage of the card should go up after this update.

Lumberjack was always in the shadow of Mini P.E.K.K.A and Knight.

Since this card got buffed now, the Golem also got an indirect buff, as these two are often used together.

After the update, we should see a bit more of this card.

Mortar is a card that is very different than the rest, as it got nerfed especially because of its high usage on the ladder and the card was really only used there.

The rest of the cards are mostly used in the competitive aspect of the game.

There was also a bug with the Mortar before the update which made it unable to attack. Basically, it would just stay on the field and do nothing.

The nerf itself doesn’t change that much, however, the Golem indirect buff does serve as the indirect nerf to Mortar.

The card should still see the same amount of play as before.

Overall, I like this balance update, and I’m sure the game will be different now.

It’s also important to note that every time we see a balance update, it’s not just a nerf or a buff of several cards, it’s also an indirect buff or a nerf to various combinations of cards, and that is important to keep in mind.

I’d  also like to see the fall of the “miner-control“ decks since they have been the best decks for quite some time now.

Like with other balance updates, the community won’t be 100% happy at the start, but after a while, we will see that Supercell did an amazing job yet again.

We also have to accept the fact that there isn’t just one archetype of the deck that is clearly the best deck. This is good since it brings variety to the game.

The only thing left for you now is to get into the game and try out the changes yourself!